Get ready to discover Place Vendôme 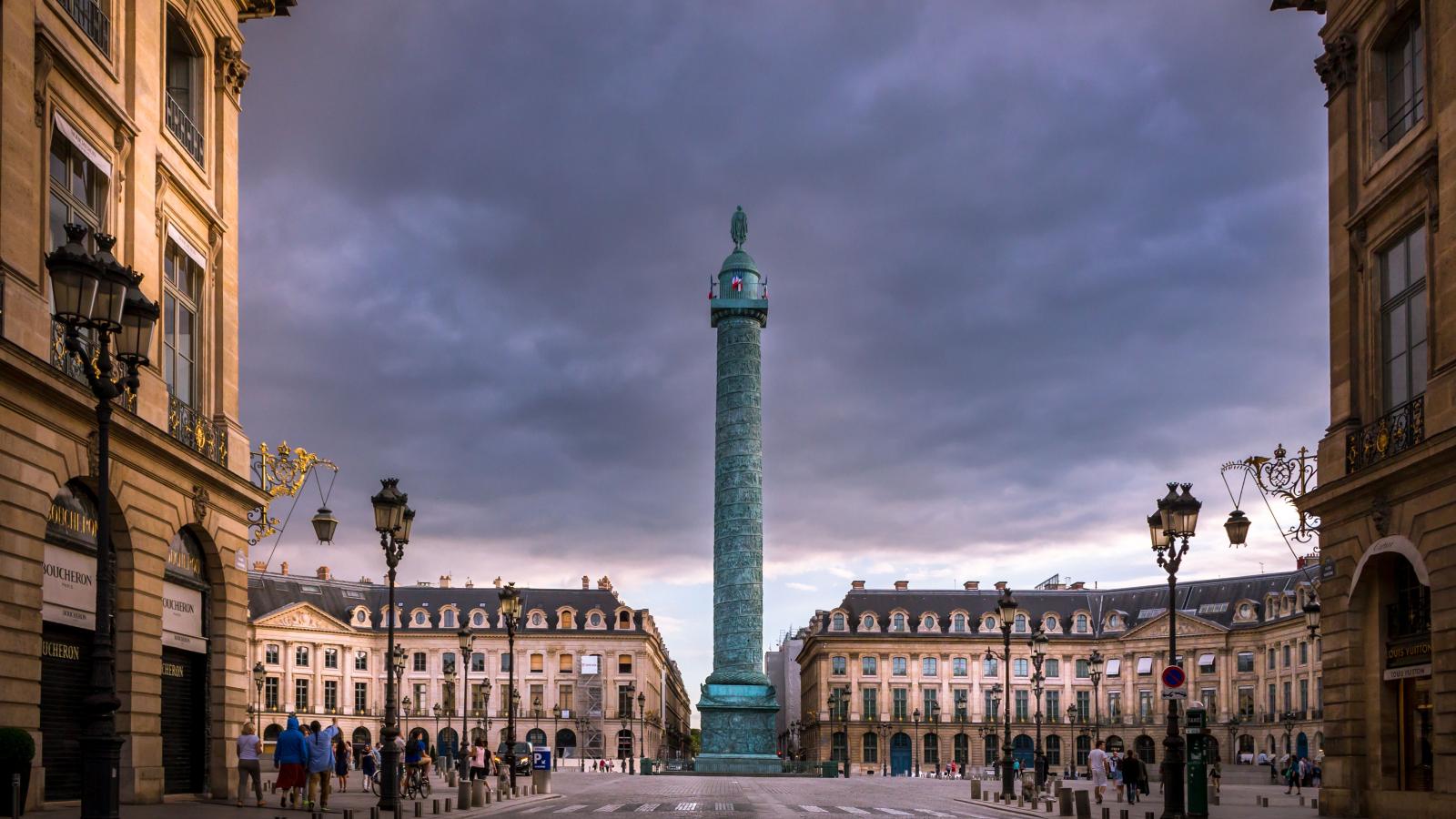 A short walk is all that separates the Roch Hotel & Spa from the prestigious Place Vendôme. The urge to go for a stroll or enjoy a short window shopping session in this mythical street of luxury and indulgence is irresistible.

The iconic columned square has suffered many setbacks over the century. Place Vendôme, complete with an equestrian statue of Emperor Louis XIV at its centre, was built at the end of the seventeenth century to the plans of Jules Hardouin-Mansart. After the Revolution, the statue was replaced with the first Vendome column in 1810. It was unable to resist the onslaught of the Communards in 1871 but was rebuilt two years later by order of Mac Mahon.

The column - and the square – flourish in these peaceful days. Home to some of the most prestigious names in jewellery and watchmaking, Cartier, Chaumet and Van Cleef settled there at the beginning of the 20th century, following on the footsteps of Frédéric Boucheron who opened his shop in 1893. Some arrived in the 1990s and others came in the 2000s - Patek Philippe, Rolex, Chopard, Breguet, and Piaget are among the more recent additions to the original illustrious brands. All there for you to enjoy ! As the soft spring sunshine illuminates the venerable column and the noble facades of mansions that have seen so much, you will be enchanted by the pure line of a necklace, the modern design of a watch, or the refined brilliance of a beautiful diamond bracelet.  Wouldn't it go beautifully with that exquisite black dress? You can't fail to be moved by the riches on offer as you enjoy a memorable escapade close to the Roch.